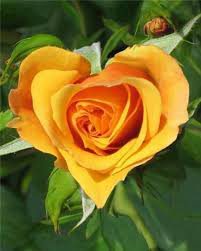 Do you ever wax nostalgic about the wind?
Me I remember walking over a bridge of light
When I was eight the muse was slumming

Gentle Readers,
I had been meaning to get back to the story of my youth (good practice for my memoirs!). I have been distracted lately with metaphysical issues, but I dimly remembered a promise to get back to my personal tale (which after all, was the one that led me to Sufism, and then finally, this blog stuff.) In fact I just did some research and found I ended last September 23’s (see archives!) post with these words:

“But there was a dénouement to this. Three years after leaving (the orphanage), to supposedly live with my mother again (wait til you hear about that one!) I came back for a visit, and Donald Lee (Mrs. Hunt’s spoiled grandson) had every aspect of being ashamed and apologetic for his earlier treatment of me. ”

Yup and so now comes the tale of my orphanage exodus.

Perhaps you will recall that my mother did come to visit me every two or three weeks. No doubt it would have been more often but the orphanage was out in the sticks, and it probably took her an hour and a half to get there.

And interesting things happened on her last visit to me there. I had gone to church on my faithful bicycle Hiawatha, which involved a steep hill on up to the metropolis called Oak View (a suburb of Ojai, which was a suburb of Ventura, California. My mother lived further on of course, in Camarillo. She needed to live there because she worked as a “psychiatric technician” at Camarillo State Hospital (the one dedicated to the non-criminally insane).

Anyway on the way back from church, going downhill on the steep slope out of town, I pedaled as fast as I could and prayed (both to Jesus and my bicycle–See, even then I was a pantheist!) to make me go faster and faster. But I had little reckoned on the sudden gravelly hairpin turn at the bottom of the hill and I went flying and landed unconscious. A nice man came by in a pick up and shook me awake and put my bike in the back and drove me to the orphanage, and guess what? Waiting for me (and yes, my younger brother Robin) was my mother who was all smiles and enthusiasm saying this was the day we were finally all going to live together again (me, Robin and the two oldest, Mike and Jim) with her in scenic Camarillo.

But I wouldn’t let us leave before first saying good-bye to Mrs. Hicks*, my sanity-saving surrogate mother and teacher for both the second and third grade. I wanted to give her a good-bye gift and my mother convinced me what would be a good one was her half-used deodorant stick. Later I got a letter from Mrs. Hicks, wishing me well and saying my note and gift had given her “a warm feeling inside.”

I was to attend Pleasant Valley elementary school. They called all of the seaside town of Camarillo area “Pleasant Valley.” And rightly so, what with the sunny breezes and the nearby seascape. In fact the above ode to a yellow rose poem, was written with the memory of hearing the famous song (The Yellow Rose of Texas) in my head as I crossed the overpass bridge, with just such a sun and wind at my back.

Our time there didn’t last, but it lasted long enough for me to fall in love with a nine year old girl denombre Ellen Jones. I had fought for her for six months trying to wrest her from a certain Brian Muldoon. And finally, just before summer vacation, she said she was mine! (Cue in the ecstatic trumpets!)

But there were flies in the ointment (I guess that killed the medicinal properties?).

Mom told us that our Dad had gotten married again and he and his wife wanted to have us stay with them for the summer.

Which was okay. But we were not close with my father** (a story for perhaps another time) and certainly not his wife, a sophisticated Barbara person***. But she was a bit cool, and unfairly favored her own son from a previous marriage. Another spoiled brat named Robby Jano.

But to a child, new stuff is inherently interesting, so it wasn’t so bad.

And so the summer passed, but no sooner were we back sighing with relief, that Mom said “Don’t bother to unpack. You are going right back. It was all an experiment for them to size you up during the summer and then decide if they wanted you to live with them or not, and they did. And you can’t stay here. I work nights and need to sleep during the day and you guys are just too noisy.”

Which seemed dishonest and unfair. Because she had never complained, certainly not enough for us to suspect that our staying or going hung in the balance. But a night of tears and pleading and promises did nothing, and so we were sent right back. I think that was the straw that finally sent reeling my love for my mother. Though I was still to live with her off and on, for the next few years, alternating with the father, and finally Grandma Dorothy. More on that (perhaps) later.

But she let me come back for a last date with Ellen. (we went to the county fair). And we wrote for several years . . .

This girlfriend separation stuff had also brought me tears when a one named Penny at age six (my bright spot in the orphanage) moved away.

I remember seeing her drive away looking at me out the back window, just like in the wonderful movie “A Little Romance.” (Diane Lane’s first, age 13, and Laurence Olivier’s last. Age 80?)

*Have I mentioned my second and third grade teacher, Mrs. Hicks before? But even if so she is worth mentioning again. She knew I had no mother at hand and so pitched in, inviting me to help her in her garden on week ends and summers, and who fed me a version of ambrosia she called tomato and mayonnaise sandwiches (tomatoes we picked from her garden!) ‘Nuff said.

** To epitomize why: when I was threeish years old, and he was still with us (He soon after this incident divorced my mother, and largely disappeared from our lives. Until later of course–see above for an instance), a neighbor lady had given me a tootsie roll, which my father confiscated, saying it would spoil my appetite for dinner. But he let me put it in the refrigerator for a dessert later. But when after dinner I came for it there he was in front of the fridge eating it himself.

***Who interestingly had lived in China ‘til she was sixteen (her father was one of the later famous missionaries who were jailed by Mao Tse Tung, but then he got dramatically released as a “humanitarian gesture.” Not much of one because his cancer was so advanced he died in his wife’s arms in the Philippines, which was as far as he could make it. (His wife and daughter–my father’s bride–had escaped the Red Army and got to the states, during the Chinese Revolution. The story of their brief reunion was front page news in the U. S. : The Dramatic deathbed visit by the grieving widow.