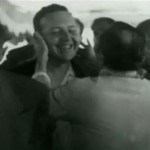 Kissed on the Lips by a Lunar Eclipse

Because fair is fairest of them all:
How can you judge a God you have denied
Before you’ve even tried?

And here’s atheists thinking small thinking
They’ve got me in a cul de sac of argument:
They say with their clever entrapment smile

“Which God?”
And so I say to that well deny this:
The God that would be beautiful to you

God made me a counter offer
I couldn’t defuse: I was kissed
On the lips by a lunar eclipse

This is another re-instated blog post from those which mysteriously and suddenly went missing. There were over a hundred posts in all dating from April Fool’s Day, 2013, (ironic, n’est-ce pas?) and as I have occasionally mentioned, the vast bulk of them were wiped out by some apparently malicious entity who got access to the inner workings of my website. And as I have promised, I am gradually–and laboriously–reintroducing them, from back-up files. This is one in a series of those. Also, I should add, this whole debacle explains the gaps you will see in the Archives section. I pick this one to do today because a friend just asked me what happened with me and the Sufis and rather than reinvent the wheel I wanted to say hey just read this post. But lo it was among the missing posts. Which is exactly the sort of kick in the butt I generally need to put back another.

Fortunately I kept a text copy of these missing posts. But they require a certain format and secret codes, and that’s why I don’t put them all back immediately. It takes at least an hour for each one. But back to regular programming:

Since last week, I’ve found some Lud photos to illustrate my lately Lud (short for Ludwig, rhymes with blood) theme. Lud being of course my erst beloved Sufi preceptor during my seven years as an official (read initiated) Sufi, some thirty years ago. Last week, unable to find one of Lud, I featured a photo of his daughter, “Three B” (after Baba’s Beautiful Baby,” a name Meher Baba gave her, which stuck, for obvious reasons). She went on to be a fabulous painter who painted nothing but Meher Baba. And I emphasize fabulous.* in the photo one could see she was radiantly happy to be with Meher Baba. In this week’s, too, I show Lud with Meher Baba. And need I add, that Lud, too was radiantly happy.
(See above)

I have already posted, chronicling how Lud had been so sweet to me when I was dismissed from the Sufi order by Murshida Duce. How he rushed to see me and though I could not believe my ears, to apologize to me, for having suggested I write the letter I did to Murshida. And it was also sweet to thereby know that if it had been up to Lud that never would have happened, and obviously so, since the letter I’d sent Murshida contained nothing I’d not already told Lud, and which had elicited from him nothing but his saying how impressed he was with my honesty. And, of course, stressing the need for a plan to address the issues.

I had been worried, of course, so I had called Lud before I sent the letter off to Murshida. (I think I’ve already told of Murshida’s “Christmas Present” that year. Of how we should each send her a letter saying if we were happy as Sufi’s, functioning well under the requirements, or were having problems, even to the point of not wishing to continue, thus offering what I would have called an honorable discharge)

And Lud had said not to worry so it was an honest letter. But afterwards, when Lud rushed to say good-bye and comfort me, he said, it was indeed, too honest.

He said, (by way of explaining that he’d never told Murshida about it), “I saw you had a good heart, and then I just assumed it all would work out.”

Who knows the value of having someone like Lud say that. Perhaps it was just for that, that I was a Sufi.

I don’t know how many of my gentle readers have ever been thrown out of a group like the Sufis. I remember Murshida saying she’d been asked if Sufis should shun ex-Sufis who’ve been dismissed from the order. She said, that would be a horrible thing, since that’s when they needed friends the most. Of course, Murshida saying that, and it being taken to heart, well, while I did have pretty good luck with my close friends, and my wife, Sally, I certainly saw much evidence of being shunned. And there were others not so close, who proved my friend then, as well. And if any are reading this you know who you are and please know too you have my eternal gratitude. It’s so much easier to suffer judgment when the judgment isn’t shared by your friends, and even some objective observers.

But, and I cannot emphasize this too much, the real psyche saver in this was Lud.

As for the judgment police, I don’t judge anyone for judging. It’s not the worst sin I have forgiven. (Or committed) And fairness demands no double standards. And as I used to tell my first grade students, they should always feel free to appeal to my sense of justice, because “I am the fairest of them all.”

But I cannot over-emphasize my intense gratitude for Lud sparing me that horrible feeling of judgment and then, ostracism. If all the Sufis stood against me, but Lud was at my back, it would not have mattered. And so it was, at the end. Bless his sweet heart.

Because (and here’s a confession) it was Lud I loved. Though Murshida too, in a way, powerful enough to make me burst into uncontrollable tears at her funeral. But honesty bids me also say, that sure had come as a surprise to me.

The summer before that fateful Christmas was my thirty-third birthday. And little did I know then the foreshadowing it was when, the night of my birthday my mother woke me up in the wee hours, drunkenly phoning to say, “Happy Birthday! Just had to remind you what they do to thirty three year old carpenters.”**

Sure enough, six months later, I felt crucified all right. Talk about synchronicity.

When Lud was dying, a few years later, we started writing to each other. I offered to get a marrow transplant if it would help with his bone cancer. But he said it wasn’t that type of thing. I wish though I’d have had a first hand way to judge how much better it is to actually make a sacrifice (I have heard it’s quite painful the procedure) for someone you love than it is just to know that you would.

And I loved him.

I still do, wherever he is now. I will always cherish my last physical interaction with him after I’d been dismissed, with us saying goodbye, hugging and both of us crying and me apologizing for not having been a better mureed, and him, incredibly, for not having been a better preceptor. You see, to Lud the hardest thing in the world would have been to be denied the Sufi order. And so he felt bad on my behalf, that that had befallen me.

I don’t have the vaguest notion what will be up blog-wise next Monday. A ver, as we say here in Guatemala. (We’ll see)

But if any of my readers knew Lud, and would like to share their stories, I’d love to post them in a blog post. Not to worry if they are short bits. I have some short bits myself that I haven’t gotten to, as it wasn’t enough to develop into a theme for a post. But if we all got together we could maybe do a charm bracelet thing, with a succession of freestanding anecdotes, quotes, or what have you. But about Lud somehow. Sort of like make up for that ill-fated birthday scrapbook. (To read about that, see December 23 post, “The Kind of Tears You Get From Laughing Too Much.”)***
God be with you,
Eric Halliwell

*Three B rented a house from a Sufi, (a realtor who also got me into my house which when finally sold was a key to having enough money to retire to Guatemala and write this blog and website. But I digress) who hired me to paint the interior. (I was doing such odd construction jobs on the weekend to earn extra money.) While there I saw in Three B’s garage a multitude of paintings, many of which were crude and amateurish. Apparently it showed a history of her painting career, It also shows how with perseverance one can become extremely accomplished from quite humble beginnings. Of course she was aided by a passionate desire to do justice to the subject.

***I just checked and sure enough that is one of the missing posts (Just as is this). But it does kick my ass then to put it back. Stay tuned then for a soon new repost from lost blogposts. Thank God I at least kept text only back ups!

This site uses Akismet to reduce spam. Learn how your comment data is processed.