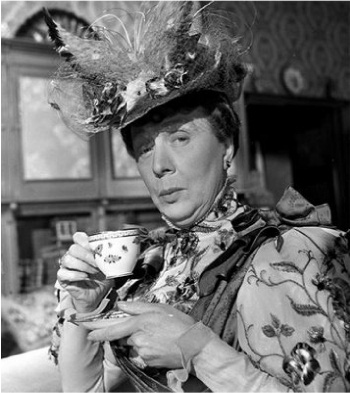 You Have To Believe

“…life was impossible like that, and that he must either interpret life so that it would not present itself to him as the evil jest of some devil, or shoot himself.”
–Leo Tolstoy (Anna Karenina)

There are caverns deep in the sun
Where people live on legends of earthlight:

To stay alive their hearts respond
To this perceived wholeness of things
And so they live in hope:

You have to believe
In what you would be dead without

Hazrat Inayat Khan’s Invocation:
“Towards the one, the perfection of love, harmony and beauty, the only being, united with all the illuminated souls who form the embodiment of the master, the spirit of guidance.”

Gentle Readers,
What is romance, really? This perhaps is the central question.

But as I keep telling you gentle guys lately, I am mas que todo restoring old blog posts that were apparently erased in an act of vandalism a few months ago. Of course I do have a new post to put up, but it has as a background these old posts which I have been restoring the past few weeks. So I am waiting on these.

But what a coincidence! (Are there really mere coincidences? Or is it a Jungian synchronicity plot?) Because today I had to look up in my records to find today’s old biographical post, and yet last night I had the most powerful dream about this “Eve” I write about below in the post from 2013. In the dream somehow I was back in Oregon in the same city (Ashland, the Shakespeare capital of the western world!) and as I wandered around, walking the old familiar small town streets, I ran into “Eve,” with a new boyfriend.

And right off she took pains to assure me (after she had sent him away) that indeed her big problem just now was how to tell him good-bye, and it had nothing to do with seeing me again, and yet I could see in her eyes the old longing. And I had my old such stuff too along those lines, indeed to such a degree I had forgotten about my ties to Guatemala and was thinking about getting back with her if indeed she was now free. And I saw the old look in her eyes. But then she said the wrong thing.

She said, “But what about your life in Panajachel?”

And suddenly, tragically, I knew it wouldn’t work. My heart was in Panajachel. Which was a sad thing to the degree that all day today I was thinking about it and just now as I was explaining the dream to my artist friend Dani whom I am visiting in Esquipulas (home of the famous “Black Christ”), I started to cry.

But back to my reposted post from 2013, continuing the story from last weekish:

So, Gentle Readers, I sold my house and quit my job and then moved north to Ashland, Oregon, to be with my new love, Eve. (Not her real name) I could spend a lot of time describing Eve, how charming, how sweet how generous and loving. Her beguiling laugh, how dedicated to making a relationship work.

Work being the operative word.

But there were tragic flaws in the ointment. For one, I couldn’t get work as a teacher. In Oregon they are so flush with teachers and for even a day of substitute teaching, you have to have a full fledged, active credential. (As opposed to California for instance where all you need is any type of bachelor’s degree and pass the Mickey Mouse CBEST exam) So the competition for full time teaching slots was intense. Unless of course, one could speak Spanish (for their army of Latino students). And thereby hangs a tale. (Have I mentioned lately how neatly events dovetail into destiny?)

But we were both sufficiently romantic (very much so) to try to fit hexagonal pegs into pentagonal holes. (So near, and yet so far! So close, but no cigar!)

So of course we were always fighting. And yet truly shocked when one or the other of us appeared to be giving up. And a lot of this if not all is quite personal–not just to me but to Eve, who will not be amused to have our issues publicly aired.

But I will mention one thing, which has been mentioned before, and so was opened the door.

I don’t think this is a common problem, but it sure was a lousy fit for us. Because as my Gentle Readers have no doubt noticed, I am a believer in God. In my conception of God, (The “Sufi” one–the most liberal in the world), it is far from a matter of priests and churches but rather exists in one’s own heart. But to Eve that was like dressing up my faery dolls in less controversial clothing. Since Eve on the other hand was not merely an atheist, but one who had no respect for those who believed in fairy tales.

And it turned out that respect was a sine qua non of romance.

In an earlier post (The Unaccountable Opportunity to Do Experiments with Happiness—see https://rumi-nations.com/2013/05/) I told about how that played out in Eve’s heart. As if it was always logic and science uber alles.

What the depths of your soul cried out for was of secondary importance. Even if it did undo the life is worth living part.

So neither of us was happy. Both of us wanted things we felt were not negotiable, and which we were not getting.

And then along came my daughter, Mehera, who was in medical school and had just taken advantage herself of a generously funded vaccine study by Johns Hopkins medical school, for travelers’ diarrhea. The catch was you had to go to Guatemala, and have never been out of the country before. And it paid enough for a round trip plane ticket. And the little wheels in Eve’s and my mind set to turning over the idea of me going to a Spanish school in Antigua and me being such a quick study, I would soon be back knowing Spanish, and thus employed. (As if my unemployment were our biggest problem.)

But for all Eve’s disdain for fairy tales, she bought this one, that I would just be gone a little while and come back to a rosy (economic) future. By that I do not mean to imply that Eve was more materialistic than romantic.

Indeed if I hadn’t had the usual pride etc. she probably would have cheerfully installed me as house husband (I can cook!)

But it was just the fairy tale we needed to get me out of Dodge. (Just before High Noon, I think)

We both could hardly see through our tears to wave good-bye at the airport. We did really know it was the end.

Three months later reality dawned and Eve had a new boyfriend. So I found myself in Guatemala, with a small carpenter’s union pension and $50,000 from the sale of my house in California, enough to last til I could take early social security. And then live nicely in cheap Guatemala, with two incomes, if only I could find an occupation of some sort, as Oscar Wilde’s Lady Bracknell would say.*

And I found in Guatemala something so much better than smoking!

So, the Guatemala saga starts next week.

*The Importance of Being Earnest. Check it out!

This site uses Akismet to reduce spam. Learn how your comment data is processed.